SNC-Lavalin was hired by Birla Carbon, carbon black manufacturer, to complete construction on a newly designed plant expansion project. During a planning review meeting, the SNC team considered moving the location of the proposed large air cooled condenser (ACC). Before the plan change could be finalized, however, the team needed to run through several "what if" scenarios to help diagnose any potentially problematic locations. Alden was contacted to assess the revised plan and help with relocating the ACC unit using computational fluid dynamic (CFD) modeling.

The catch? This work was unplanned and required a rapid turnaround in order to maintain the planned schedule.

The proposed plan update would site the ACC in location A or C (see figure 1). Alden performed a CFD analysis of the air cooled condenser in those locations first. The CFD results confirmed the proposed location was unsuitable: depending on wind direction, the hot exhaust plume from the ACC could blow over to a nearby stairwell and create extremely hot temperatures, making the stairwell unsafe for use. The model also showed that the local storage tank would also be subject to high temperatures, creating another unwanted situation. 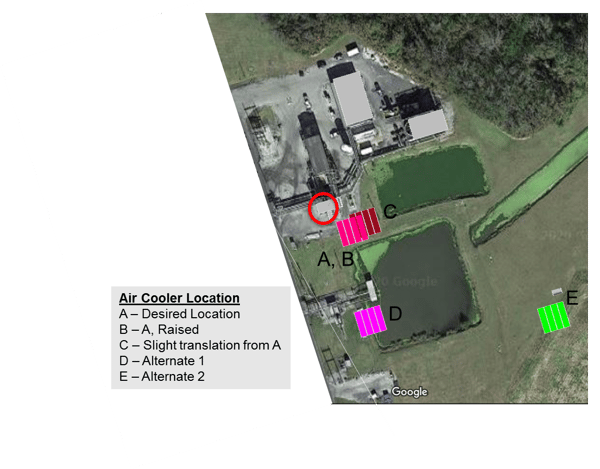 Figure 1: Planned and alternate locations of the ACC unit for evaluation

With that information in hand, SNC-Lavalin sought additional assistance from Alden to help verify a safe location for the ACC to be sited. In order to evaluate additional ACC site locations, and to keep SNC-Lavalin on time with their tight construction schedule, Alden was able to use past analysis experience as a time-saving advantage—given the prevailing wind direction, the modeled plume transport determined in the original analysis would remain the same considering the similar surrounding geometries. Therefore, the recorded plume could quickly be transposed to evaluate various locations for siting the ACC.

Given the site layout, the thermal plume will be dictated by the wind load on the ACC. The plume is also not to be sited near any buildings that would impact the shape. By using the previously calculated CFD results—without the need to re-run any CFD simulations—the plume was moved throughout the facility to confirm the best siting locations. The final location, Location ‘E’ was determined based on the size of the plume and where it would best avoid the cooling towers.

The following animation shows the results of the ACC location selection process. Location E was shown to have the least impact on the overall facility.

The final results of the study identified the best location for the ACC unit within a two week window. By working together closely throughout the study, SNC-Lavalin was able to plan for the new ACC location concurrently while Alden completed the modeling analysis. Major scheduling delays were avoided and SNC was ready for parts ordering and deployment immediately upon discussion of model results.

At the completion of the ACC analysis, Eric Nordstrom, Sr. Process Engineer at SNC-Lavalin stated, "Alden acted as engineers first and helped us arrive at a solution quickly. Because they recognized that we could reliably reuse the same data to select the most optimal location, we were able quickly help our own client, Birla Carbon, find the best possible location for their ACC without negatively impacting our delivery schedule."

Founded in 1911, SNC-Lavalin is a global fully integrated professional services and project management company and a major player in the ownership of infrastructure. From offices around the world, SNC-Lavalin's employees think beyond engineering. Our teams provide comprehensive end-to-end project solutions – including capital investment, consulting, design, engineering, construction management, sustaining capital and operations and maintenance – to clients across the EDPM (engineering, design and project management), Infrastructure, Nuclear, and Resources businesses. For more information, visit www.snclavalin.com

Duncan helps clients engineer and optimize power/industrial designs, defense components and ventilation systems. In addition to being a key part of Alden’s Gas Flow Systems group, Duncan is a member of three ASHRAE Technical Committees, including TC 4.10, TC 5.9, and TC 9.2, where he currently serves as the Vice Chair.