As a hydropower electric power generating utility, how do I know when I should, or should not, invest in my equipment?  The answer can be complicated due to many factors, including but not limited to: the current price of power, generating capacity, equipment age, and government regulations.  To determine the performance of an installed hydropower turbine, the measurements of water flow, head, and power must be made within a reasonable amount of uncertainty.  Generally speaking, flow is the most difficult parameter to measure in the field and, consequently, is the most expensive.  The cost of measuring flow can seem unsurmountable for small hydropower owners, so the question becomes when testing expenditures yield a return on investment.

Field performance tests are often used only for large projects with Francis runners that have capacities greater than 50 or 60 MW. For these performance tests to be viable, a return on investment must be assessed, particularly because plants can have multiple units and the performance of the first replaced unit is often assumed to be representative of subsequent units. The author has been involved with test programs where the payback is perceived short, and the benefit cost relationship is easily greater than one.  A recent project involved testing a 4 unit (50MW each) plant.  This plant needed to have pre- and post-upgrade field tests on all 4 units for an energy analysis to support production tax credits (PTC) under the 2005 Energy Policy Act.  The approximate cost of this test program, which occurred over a 4 year period, was $195,000.  Some cost savings were available because the flow measurement was performed using previously installed acoustic transit time flow meters. 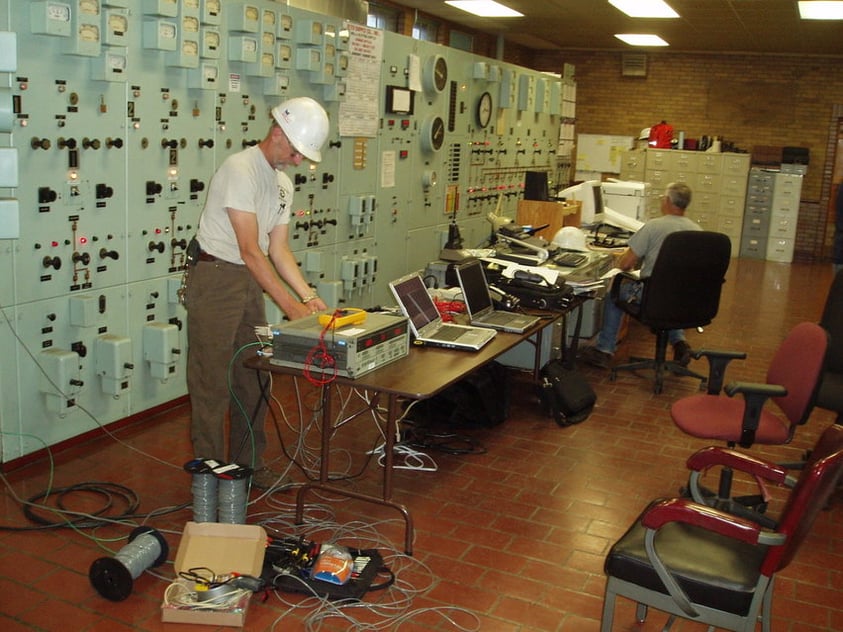 In order to qualify for PTC’s, models had to be created to predict the energy increase resulting from upgrades to the turbines.  Inflows to the plant over an 8 year period were obtained and a computer model of plant operations was created.  The model included the order in which each of unit would be dispatched.  The historical inflows were used as inputs to the model, to determine the baseline energy production of the plant before any upgrades.  Annual energy production from the model was compared to the Energy Information Administration (EIA) reported generation tables over the same period and the baseline model was found to be within 2% of the reported data for years when unit outages did not occur.  Later, using newer characteristic curves obtained from field testing of the new units, a new dispatch table was created to represent the new plant model.  Energy calculations were performed and compared to the baseline mode.

The results of the comparison yielded a 4.7% increase in annual energy production, on average.  Using the current EIA average wholesale market rate of $45 per MWHR, annual expected gains in energy revenues can be calculated.  The model projected increase was reduced to 2.7% to account for uncertainty in the model, yet the expected gain in revenue was still approximately $450,000 per year when all units are in service.  The benefit cost ratio of this project is over 2.0 over a five year period, and the internal rate of return (IRR) calculates to 3% after 2 years and 26% after 5 years.

One can use these figures to determine that the same level of test effort applied to a lower capacity unit (25 MW x 4) can still be justified, because the benefit cost ratio will be 1.0 after 5 years and the IRR will be approximately ½ of the above example over the same time frame.  In short, it makes sense to test all the units at plants having a combined capacity of 100 MW.   One can also make the assumption that smaller plants having nameplate capacities of 50 MW and perhaps lower can justify the cost of field testing for at least one unit when transit time meters are installed.

Assuming transit time meters are not installed, the outlay increases by the cost of transducer fittings, electronics, transducers and the installation of the equipment.  The sunk cost, or previously incurred unrecoverable cost, increases by slightly over $100,000.   Under the same assumptions as above, the IRR becomes 15% after 5 years with a benefit cost ratio of 1.33.  Even with the cost of the installation and equipment, it can make financial sense for similar capacity plants to initiate this program.