Part 1 of this series outlined how high concentrations of total dissolved gas (TDG) can occur downstream from high head dams when their spillways are open, and how this TDG can be harmful or even fatal to fish. We have been involved with several projects recently in which the objective was to reduce TDG downstream of high head dams, including the hydraulic and structural design of roughness elements to break up the high velocity jet of flow discharged from the spillway.  The present article focuses on reducing the potential for cavitation on the roughness elements. 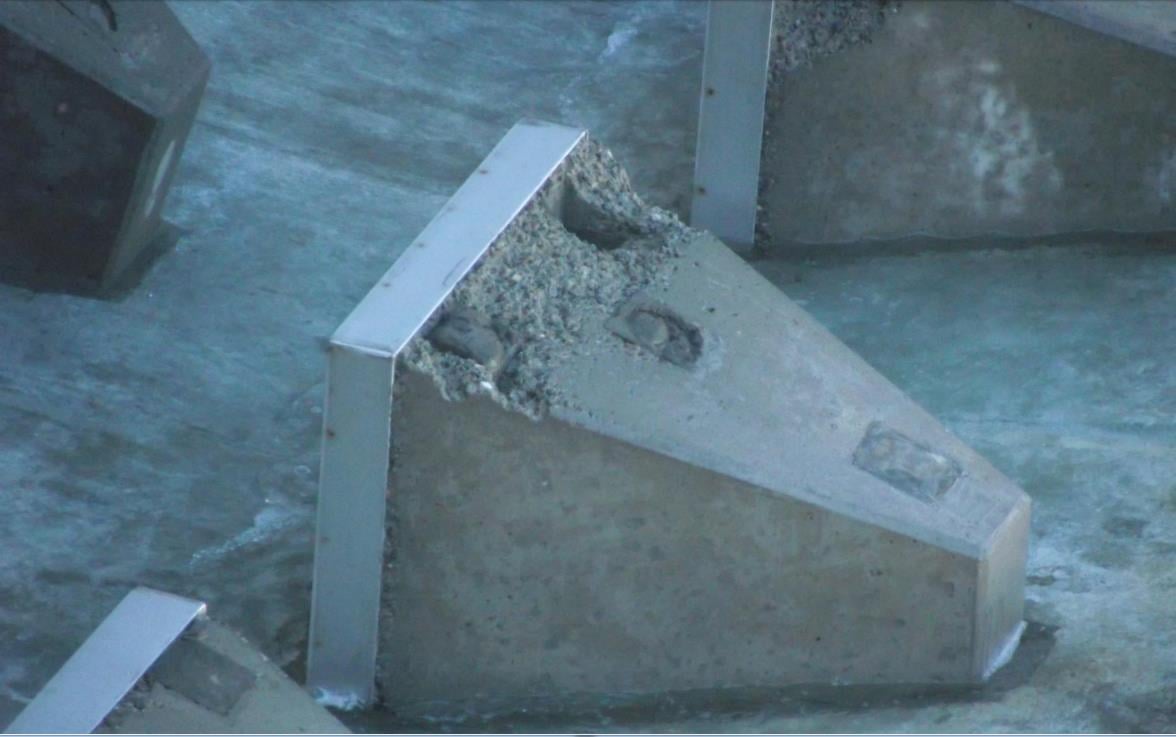 Air ramps were installed upstream of the first row of roughness elements for one bay each at Cabinet Gorge and Boundary Dams to supply air and to lift the horseshoe vortices that form around the base of the blocks off of the spillway surface. The Cabinet Gorge air supply ramps are shown in Figure 3. The hydraulic design of the air ramp and the air supply ducts at Boundary and Cabinet Gorge Dams was performed by Alden and based on the Aerator Design Chapter (Chapter 5) of Dr. Hank Falvey’s “Cavitation in Chutes and Spillways – Engineering Monograph No. 42.” A conceptualization of the air ramp is shown in Figure 4. The flow over the ramp follows a trajectory influenced by: the velocity of the flow at the location of the ramp, the angle of the ramp, the angle of the spillway, and the air pressure in the air pocket underneath the nappe. The underside of the nappe entrains air which generates negative pressure in the air pocket underneath the nappe.  Air is supplied to the air pocket by the air ramp, and the energy losses through the air ramp can be significant. The volume of air drawn through the ramp, the shape of the trajectory, the pressure in the air pocket underneath the nappe, and the energy losses of the air flow through the ramp are functions of each other, so there is no analytical solution to solve for the air flow rate. Alden developed an Excel VBA program to iteratively solve for the air flow rate for a given ramp geometry and spillway flow rate. The air ramp and the ducts supplying air to the ramp were designed by Alden to ensure that the high velocity air through the ramps would not cause sonic shocks and so that the unit flow rate of air on the spillway was approximately 10% of the unit flow rate of water, which has been shown to reduce the potential for cavitation (Falvey, 1990).

The air ramps installed at Cabinet Gorge and Boundary Dams successfully supplied air, and cavitation damage has not been observed since their installation. 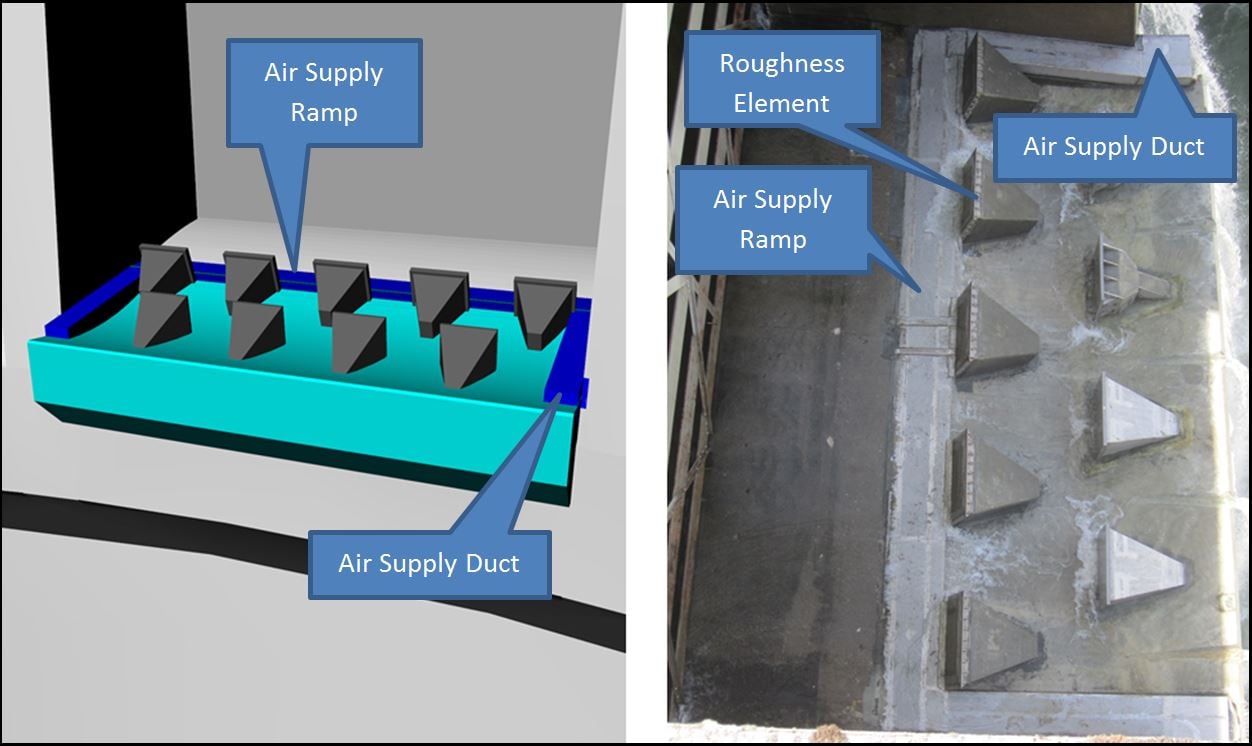 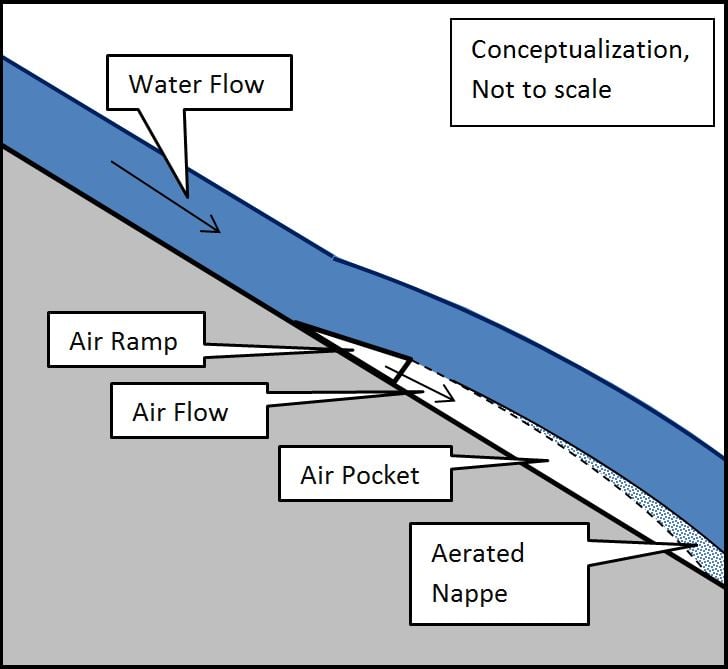 Figure 4. Conceptualization of Air Ramp (Based on Falvey, 1990)

Other structural modifications were made to protect the roughness elements from cavitation, and will be discussed in a later post. Subsequent designs at both dams only used one row of roughness elements placed close to the downstream end of the spillway. This proved more efficient in that these designs used ramps, but did not require the ramps to supply air because the void underneath the flow over the ramp was vented to the atmosphere at the end of the spillway.

Read Part 3 of this series to explore the structural design and implementation of the roughness elements used to reduce TDG during flow release from spillways.